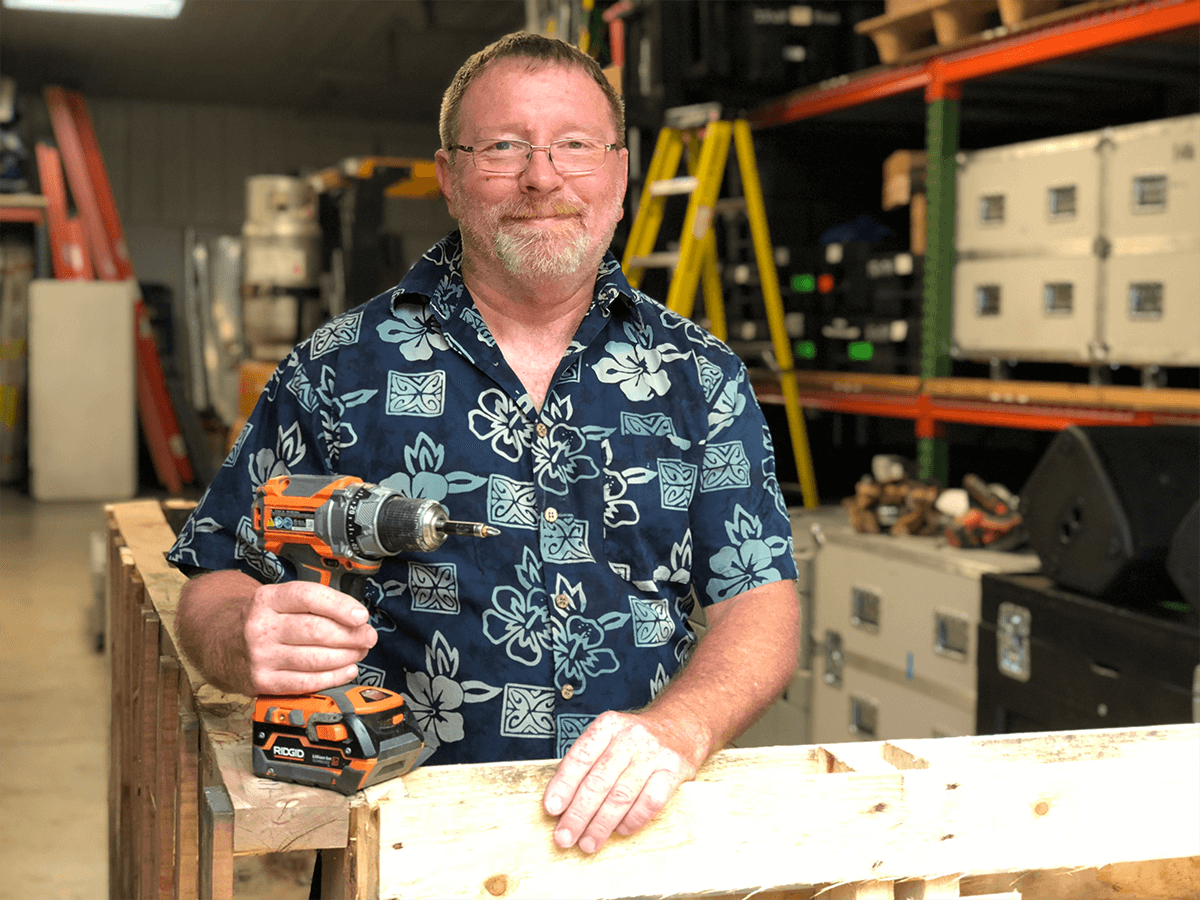 Terry started his career in Kansas City working at Montgomery Ward in the Catalog Distribution Center. There he honed his forklift skills stocking and stacking furniture and filling warehouse orders.

While working at Montgomery Ward, Terry’s neighbor convinced Terry to join him at Illusions, a full-service scenic shop in Kansas City. Terry joined Fogarty Services in 2018. Terry has the capability of producing a working drawing of a client’s vision, creating and carrying that through to final installation.

In his spare time, Terry enjoys loves spending time with his granddaughter and watching the Kansas City Chiefs.